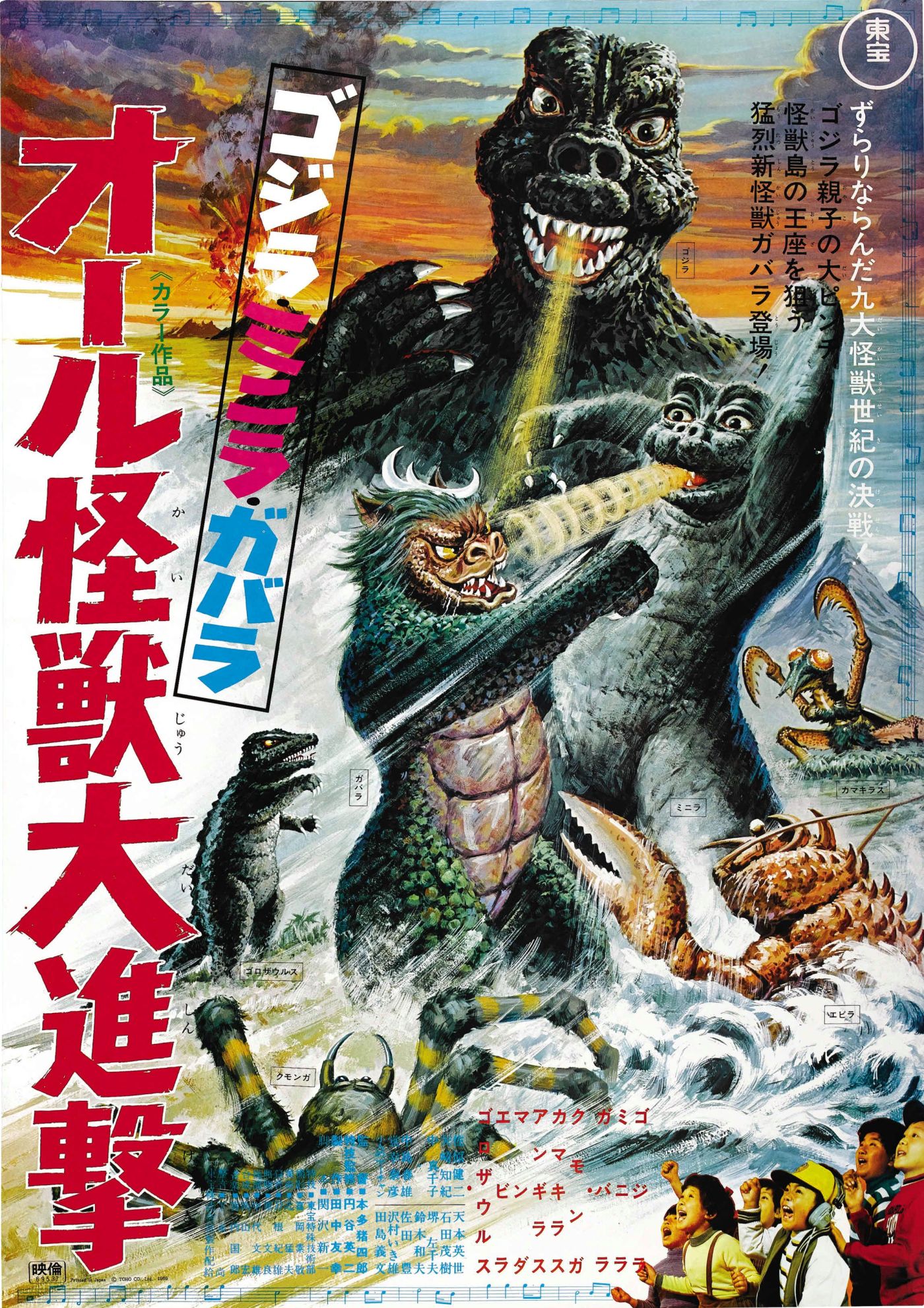 Despite Destroy All Monsters being intended to be the last Godzilla film ever made, its financial success motivated Toho to continue making Godzilla films in spite of the fact that the character’s popularity was a far cry from what it had once been. Much like they had when they had made Ebirah Horror of the Deep and Son of Godzilla, the studio decided they wanted a child-friendly film, which would be a big tonal change from Destroy All Monsters. Nevertheless, despite his objections to Godzilla being used in this way, Ishiro Honda returned to direct and made the film All Monsters Attack, which to this day is regarded by many as the worst Godzilla film ever made.

When a young boy, lacking in confidence and set upon by bullies, becomes accidently involved with two criminals who have stolen a large sum of money he must attempt to escape capture and learn to stand up for himself. Yes, that’s the plot.

You may notice that the monsters have nothing to do with the plot, and that’s because every scene with the monsters is a dream being had by the main character. Whenever he feels low confidence he dreams of going to monster island, hanging out with Minya and watching Godzilla have fights with other monsters. He and Minya bond over the fact they are bullied and learn how to stand up for themselves over the course of the film. However, since the monsters are only featured in dream sequences there is no real reason that this should be a Godzilla film. This movie could have just as easily had the boy dreaming about visiting any other figures he finds inspiring to help him with his self confidence, and the only reason Godzilla and Minya seem to be involved at all is just because the studio wanted to make another monster movie.

Many of the flaws with this movie can’t just be attributed to something other than incompetence, however. Apparently the lead special effects artist fell so ill that he was unable to work on the film at all, which led to the rest of the crew and even Ishiro Honda himself having to improvise and put together what they could without him. This was a complete disaster however, since almost every scene containing Godzilla is stock footage from other movies. And I don’t mean just the odd shot of stock footage; I mean entire scenes are reused from other films with only a bare amount of recontextualization. This results in us seeing multiple different Godzilla suits being used in the same scene, the weather and time of day changing between shots and a huge disconnect between the audience and what is happening on screen. The entire fight between Godzilla and Ebirah is lifted from Ebirah Horror of the Deep with no changes, as is the fight between Godzilla and the giant spider from Son of Godzilla. Several other minor fights are also lifted from those films shamelessly. While those two films get it the worst, footage is also drawn from Destroy All Monsters to give the impression that the film has a higher production budget than it actually has. It is truly awful and incredibly distracting. Oddly enough it creates an atmosphere where you don’t want to watch the moments Godzilla is in the film, because you’re anticipating them to be awful.

There is one original fight scene, which contains no stock footage, at the end of the film where Godzilla and Minya fight a lizard monster called Gabara. Although a little generic in design, Gabara is a serviceable villain with the ability to electrocute things that it touches. The electrocution was a good special effect, which is surprising under the circumstances, and the one thing that stood out in this otherwise bad movie. This fight is quite satisfying as it finishes Minya’s character arc by giving him a chance to stand up for himself, and also teaches our main character that he must do the same if he wants to escape the bank robbers that have kidnapped him.

The climax of the movie takes place in a warehouse where our main character attempts to do just that. Although I have been pretty hard on this movie so far, I have to admit this scene is the strongest part of the movie since it shows the young boy using everything he has learned in order to escape. It’s fun and goofy, and is by far the most entertaining part of the film. That is, of course with the exception of the soundtrack. From what I heard there are two songs in this film: One with lyrics that goes on at length about how bad global warming and industrialisation is, despite the rest of the film having literally nothing to do with either of those things, and a second instrumental one that plays whenever the monsters are fighting. The second song is fast paced, energetic and oddly catchy. I found myself humming it some time after I had finished watching, so that’s how I knew it was good.

However, on the whole, this movie is only 70 minutes long and even so manages to have more bad to it than good, so I don’t think I can recommend it at all. That said, despite agreeing it is one of the worst Godzilla films that I have seen, I would not say it is anywhere near as bad as Godzilla Raids again was. For all it’s faults, at least this film has clear character progression, and one good monster fight in it, which Godzilla Raids Again did not have. So yes, it is one of the worst Godzilla films, but it is not THE worst by any stretch.

At the end of every review I rank the Godzilla films I have reviewed so far. The updated list can be seen below: