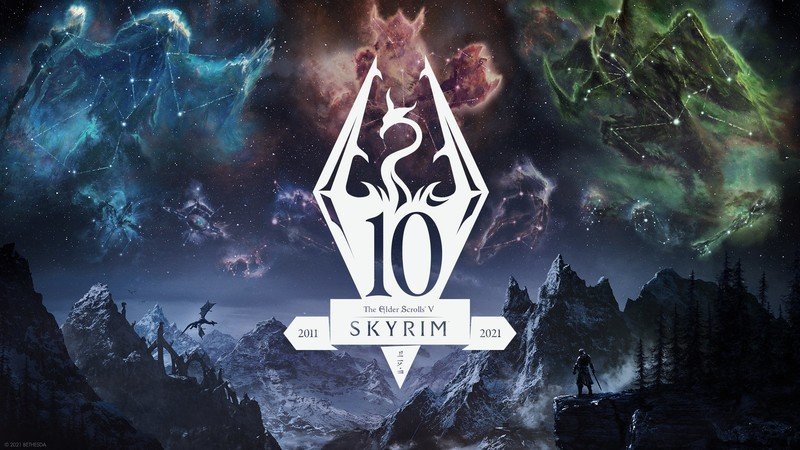 Skyrim. The prequel to Skyrim: Legendary Edition and Skyrim: Special Edition is getting a sequel, Skyrim Anniversary Edition, to celebrate it’s 10 year anniversary. This new sequel is, in many ways, the same game as Skyrim but optimised for next generation consoles so that it can still sell for as close to $60 as possible. Don’t worry minimum wage earning consumer, who can only afford 1-2 AAA games a year, I have it on good authority that a lot has been done by the team at Bethesda to further justify the existence of this new rendition of a 10 year old game. My inside buddies working on the project have given me a lot of exclusive news to break in this post that, I assure you, will justify the resources that went into this project.

For a start, the game will allow you access into the neighbouring region called High Rock. Home of the Bretons, High Rock operates as a feudal, medieval society which means the principle values of its people are gallantry, honour, power and inbreeding. I asked the team at Bethesda if the player would be able to take part in such activities, but they told me that would not be politically correct or marketable. Left to wonder how I was supposed to immerse myself in a medieval society where I could not even breed with my own flesh and blood, I decided to play Crusader Kings 2 instead.

That was until my contact at Bethesda gave me a phone call. He told me he was unwilling to compromise on the mature aspects of the game, but instead asked me this: What is the second best thing about living in a medieval world? I told him that it was establishing myself as a powerful warrior, through versatile and rewarding level up mechanics, with which I could conquer lands and plunder my enemies with strategic targets and peoples in mind to become my victims. My contact wasn’t too happy with this answer. Apparently the wholesale slaughter of specific demographics, and my desire for it, was borderline racist and he hung up. So, I decided to play Mount and Blade Warband instead.

The next day they phoned me up again. They told me everyone got a bit too hung up on the medieval aspect of the game and not enough on the fantasy element. So they told me what I liked best in a fantasy game, and I told them it was the power. The greed. The all consuming desire for more. More. More. They liked it. They told me how repayable Skyrim was. How much content was in the game. They told me that I could play the game for another 10 years and still not observe every relatively obvious things contained within it. We got chatting. Chatting a lot. I told them about how I wanted to crush everyone beneath me and how, at a certain point in the game, I wanted to be so powerful that nothing could touch me. I wanted enemies to flee at my sight and to beg at my feet for mercy. I wanted them to secretly meet, form an alliance against me, throw everything they had at me and not even leave a dent on my armour as I used muscle and spells to crush every last insignificant one of them by the dozens – nay, the thousands! Communication suddenly stopped. They told me their engine couldn’t quite handle that and, even if it could, their levelling system, within which enemies scale to the level of the player, would disallow that kind of abusive power. I responded by asking what the point of them crafting a power fantasy even was if everything was just going to scale to me and they hung up. So, I played Heroes of Might and Magic 3 instead.

But they still wouldn’t let me off the hook as I soon received another phone call from my friends at Bethesda. They said I got too wrapped up thinking about mechanics and gameplay, and that I should focus more on the worldbuilding of the game. When they asked what makes an RPG world believable, I said people within it holding their own beliefs, with a set of morals and ideologies to uphold on behalf of themselves or who they represent. They said great. They said this new, magnificent, Skyrim Anniversary Edition would contain a conclusion to the Civil War story line in which the Empire fights the Aldmeri Dominion across Cyrodiil and the Summerset Isles. Nazi elves vs charismatic Italians! The perfect juxtaposition, they told me, that would surely saturate my hunger and desire to be sucked into a world ripe with political and ideological discontent on the verge of total war. I had only one question: Why is one side so obviously the goodies and the other so unapologetically the baddies? They told me it was so the player could more easily decide whether to play as a good or bad character when choosing their side in this conflict, thus adding to the roleplay aspect of the game. When I asked them whether they thought a subtler approach to politics may be in order, within which a long status quo has been challenged by the presence of a new way of thinking that, instead of leading to war, could instead lead into deeper philosophical questioning and investigation into whether the status quo was worth maintaining, or deserving of being struck down, they hung up on me. So… I played one of their better games, Morrowind, instead.

Desperate and eager to receive that golden positive review from this prestigious blog, Alex’s Review Corner, Bethesda of course called me up again. This time they said maybe I, and them, had taken things too far. Maybe we should just accept Skyrim for what it is and enjoy a very slightly better optimised version of the game, which will probably also include a few extra god-rays and minimal fixes to bugs that have been present since 2011. I told them I agreed, but was not interested in their dusty 10 year old game. For once it seemed as though I was going to be the one to hang up on them. There it was. An ounce of integrity – my first as a reviewer – but something incredible happened before I could…

My phone dinged. Was it? It couldn’t possibly have been, and yet it was; My banking app! 2500 US dollars had, that day, been transferred into my account with the benefactor being the one, the only, the luxurious and tempting Todd Howard. The reference on the transaction read, ‘This time, there’s fishing mechanics in the game’. And it was right then, in that moment, that I kissed my weekly grocery shop goodbye as I lay down $60 dollars for the new, improved, brand new, updated and already existing game made 10 years ago by Bethesda: Skyrim Anniversary Edition. Because compared to this gem, what did a week of fresh food matter anyway? So yes, I would recommend that you buy Skyrim Anniversary Edition.