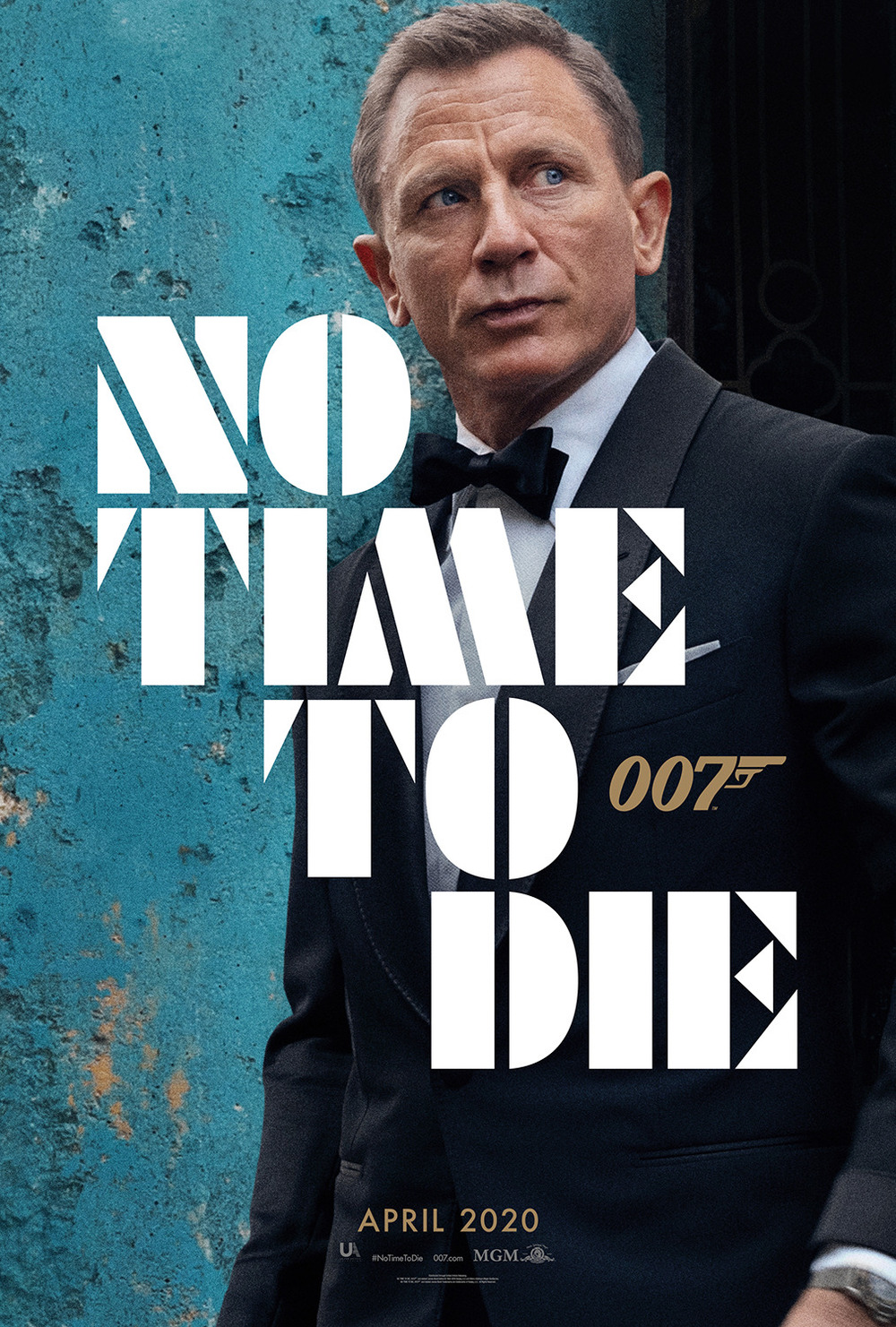 Once upon a time, Daniel Craig said he’d probably rather slash his wrists than reprise the role of Bond, and that if he did reprise the role it would be purely for the monetary benefit. But that was six years ago. The guy was probably fresh off filming a Bond film and tired of the press. Even if he wasn’t, regardless of how I might feel about his attitude towards the role when he said those things, I do kind of appreciate his brutal honesty. I mean if I was bordering on 50 years old playing an action hero, you bet I’d be a little tired of it too. With all this in mind it is worth noting that what immediately struck me about the latest Bond film, No Time To Die, was that Daniel Craig still put on a hell of a show and gave it his all in his last outing as 007.

As the finale to Craig’s saga which, unlike many of the older installations, has a lot more direct continuity between each movie, No Time To Die had quite a lot to live up to for me. In my mind Casino Royale is one of the best films in the whole franchise, and Skyfall is a great action movie in general, even when removed from it. I even have a soft spot for Quantum of Solace, though it wasn’t as good as the rest. But what gave me high expectations was the fact that I thought Spectre was kind of trash. It felt like Pierce Bronson movie to me, and thus a little out of place in the grittier world of Craig’s other films. I haven’t watched that film since it’s 2015 release date and I was thusly a bit out of the loop going into No Time To Die, and I didn’t care to catch up. I just wanted this film to be better than the last.

No Time To Die opens with Bond and his girlfriend from Spectre, Madeline, visiting the grave of Vesper – his dead lover from Casino Royale – and this is where my problems began. I haven’t seen Casino Royale since before Spectre and immediately knew who Vesper was, what she did and how she behaved in her outing. But I didn’t remember a single thing about Madeline other than her name. There is then an assassination attempt on Bond by Blofeld, which frames Madeline as being in on it. So Bond abandons her, breaking his heart and hers. Though there is little reason to suspect Madeline at all and the film fails to convince me that her involvement in the assassination is anything but a fake-out, I can understand why Bond thinks it is a betrayal; He just visited the grave of Vesper, the ex-love of his life who also betrayed him before she died. Were it not for the film trying to convince us, the audience, of Madeline’s involvement instead of simply using dramatic irony, this sequence would have worked better. After it’s over, the opening credits roll.

The opening is probably the worst part of the film, despite containing one of it’s most impressive and enjoyable action sequences. From a narrative perspective it sets up a break-up so that two characters can have a reunion and rekindle their love later in the movie, which is just tedious in my mind. Skip this and just keep them together. Then flip some names around so that Bond is being targeted by someone other than Blofeld, who isn’t even the main antagonist of this film.

Anyways, the rest of the movie broadly goes like this: After retiring, Bond is pulled back into the fight to stop a bunch of terrorists from using a biological weapon that targets the DNA of specific individuals and infects them with a deadly disease.

I will say it is getting a bit tiresome to watch Bond retire in this series. He retires at the end of Casino Royale, only to re-join moments later after Vesper dies. M thinks he has retired at the end of Quantum of Solace after getting closure for Vesper’s death, but he specifies that he hasn’t. He retires for all of five minutes at the beginning of Skyfall when he is presumed dead and then returns when he is needed. And now he is retired again at the start of this one, only to (you guessed it) re-join MI6 the moment there is a threat.

Other than that the rest of the movie is pretty great. Bond is constantly on the move doing stuff and interacting with a wide range of characters. It gives the film a lot of momentum, which is a good thing considering it is 2 hours and 43 minutes long! He has playful banter with the person who replaces him as 007 after he retired, and the usual with Q.

But not everything is just more of the same. We do get to see a softer side to Bond – the version of him we saw for but a few minutes at the end of Casino Royale – who is more emotionally vulnerable. This is largely due to the emphasis put on his relationship with Madeline and the fact he doesn’t seduce every other woman he sees between breaking up with her and seeing her again. I always appreciated how Craig’s outings as Bond tend to give him a lot of personal stakes, compared to the majority of the older movies that kept his personal life out of the picture. This movie doubles down on that by frequently showing us Bond switch between his all business attitude with his work colleagues, and a side of himself he wouldn’t be caught dead showing to them when he speaks to Madeline.

Then, halfway through the film, we are introduced to Bond’s daughter whom even he didn’t know about. It was at that moment I predicted that (seriously, SPOILERS) Bond was going to die in this one. I don’t know what it is with big budget blockbusters like this giving characters random kids, but it is a huge red flag that they are going to die. I recall watching Avengers Endgame and predicting Tony Stark’s death 0.5 seconds after his child was introduced. It’s a weird way of manipulating the audience’s emotions so that they feel sadder about a character’s death because, in the case of Bond (and Tony for that matter), there is already enough investment in this character for us to care about them dying without needlessly making him a father. It’s not like someone who hasn’t seen the previous films is going to give a crap about this random kid with two lines of dialogue who does nothing for the whole rest of the movie, so why bother introducing them? And sure, while it does play into this softer side of Bond that I enjoyed seeing, I can’t pretend like it wasn’t also a little forced in a nearly three hour movie that already had an incredibly diverse cast of characters.

But how was the villain, one of the most crucial puzzle pieces of any Bond movie? Well… I can’t remember his name. He wasn’t nearly as good a villain as what we’ve seen before, but we at least get a pretty solid performance out of Rami Malek who is frighteningly good at acting like a creep on-screen. He is growing plants that he can engineer into diseases and use them to act as a God of sorts – Real corny stuff that reminds me of some of Roger Moore’s villains. It wasn’t too over the top (this guy didn’t have a space station), and Rami Malek sold me enough on this guy that I can’t just write him off.

With that in mind, while I appreciate this film returning to some of the grittier presentations of action from Craig’s earlier entries, I also appreciate it for not being quite as dour or needlessly serious as something like Quantum of Solace. There are sprinklings of light hearted moments in here that make the film feel fresh and don’t distract you. I like that, and think it’s fitting to have that sort of positivity in Craig’s last outing.

So Bond shoots up this villain’s entire base in what is a very impressive scene of him fighting his way up a narrow staircase and making creative use of his environment to win gunfights in claustrophobic spaces. He does this so he can make the base a target for the Royal Navy, who need to blow up all the diseases that have been made there. Unfortunately, in doing so, Bond is killed by Rami Malek who shoots him three times before dying himself. He also smears a disease on Bond with the DNA of Madeline so that, although Bond will never die of the disease, his lover and daughter certainly will if he ever goes near them again. So, appropriately, Bond decides to stay in the base and get blown up.

I got to admit, it was a brave decision to kill James Bond. It was also one that I thought paid off and was well executed because of how much effort we see the character go to to end this threat and repair his broken relationship. You really get the sense that he’s exhausting himself in the finale, fighting in unideal locations, constantly needing to use the environment and always at some other disadvantage. So I feel the way he went out was done quite well.

Overall, would I recommend No Time To Die? Absolutely. I really enjoyed it. It had some great action set pieces, particularly the car chases and the finale, and gave the main character a sense of purpose and momentum that made a nearly three hour movie feel like the length of any other.

But does the death of James Bond mean the end of 007 franchise? I think not. There has been a lot of talk about who will take up the role after Craig, with many heated internet discussions addressing whether we should get a female Bond or a black Bond. Craig even weighed in himself by saying he thought new roles of equal status to Bond should be available to women and minorities. But I think the truth is that we simply will not get another Bond.

Call me a conspiracy theorist, but I don’t think it was an accident that this movie cast a black woman in the role of the agent who took Bond’s place as 007 when he retired. I think the filmmakers were telling us something: No one is going to replace Bond. Bond is dead. But 007 is just a number – a job title assigned to agents who achieve the double-o status. So I think we will get a new 007 – be they a white male, an transgender Asian or an Antarctic penguin – but we will not be getting a new Bond. And I honestly think it’s an elegant aolution to a diacussion that has a lot of drive and needless controversy behind it. If they do take this route, I’ll be very curious to see what they do with the franchise. A fresh start with a new 007 could open the way for something new.