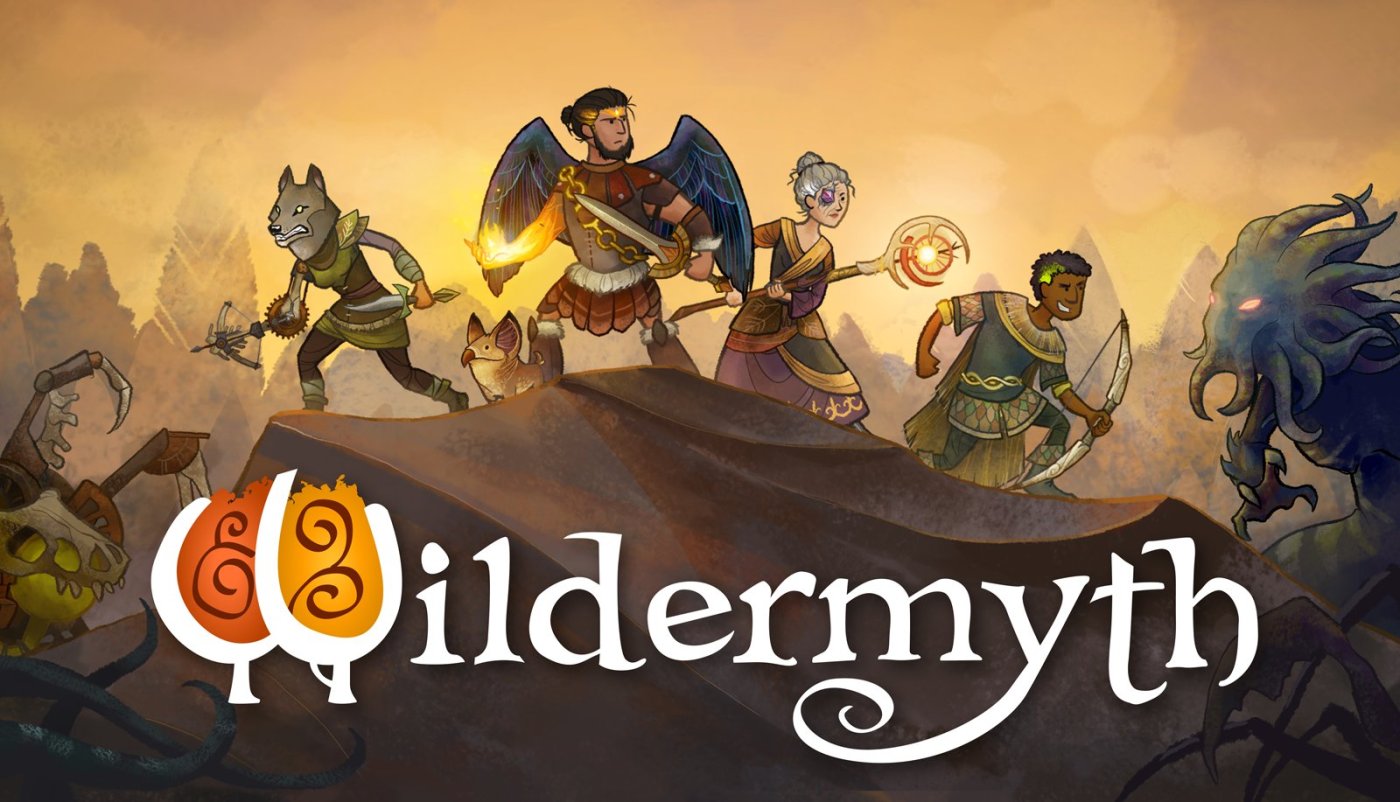 Wildermyth is a tactical turn-based RPG set in a fantasy setting where your merry band of heroes goes off to face various threats. In that regard it sounds like any other traditional RPG, but the real selling point that puts it apart from the others is how time, as a mechanic, works.

Time goes forward with every action you perform on the overworld map, be it travelling, building, crafting, recruiting new party members or anything else. And in that time your party gets older. Not just visually, but also mechanically. Older heroes won’t be able to move as quickly in battle or on the overworld and will soon want to retire from adventuring before your campaign is over. Speaking of campaigns, there are multiple that all consist of either three or five chapters. Time also passes between chapters, and that time can be anywhere from a single summer to a whole 11 years. In that time heroes may marry, have children, start side businesses, make friends and do their own miscellaneous things. And when the call to adventure comes again in the following chapter, they may make note of how out of shape they’re feeling. And when they do finally retire, they’ll pass down their knowledge to the next generation of adventurers.

It’s a great mechanic because most games take place in a single moment where the world doesn’t progress unless the player is there – think of games like Skyrim where days pass, but the world doesn’t meaningfully change unless you specifically bring about that change. Even in games like Mount and Blade Warband where this does happen, decades can pass without any characters getting older, feeling frailer or realistically having aged or gained insight. And so Wildermyth’s unique use of time as a mechanic is one I very much enjoy.

It makes you realise that your most powerful heroes aren’t going to be around forever, and even the ones that stick around longer than most won’t be as good as they were in their prime. They might have all the most powerful abilities, but they’re slower and harder to get into a position to use them once they get towards the end of their careers. It makes recruiting fresh blood into the party a much-needed thing. Often you spend the first three chapters or so decking out your core heroes, but then have to start giving inventory to the new, low-level people so that they’re actually up to the task of taking up the mantle when they’re all that’s left. And that adds a really epic feeling to a game that, for the most part, looks and plays rather simplistically; the threats these heroes face isn’t something any one Lone Wanderer or Dragonborn can solve. No, generations of people are forced to confront whatever dire thing is threatening the world in any given campaign. And this adds to endless roleplaying opportunities outside of the game’s prewritten events like revenge stories of children avenging parents, lovers and rivals going into battle to outdo each other and so on. It’s truly great.

But rest assured, your well built characters will never go away forever even if they die or retire. Sure, they won’t be usable within that campaign again but they may appear to help you in subsequent sessions as Legacy Heroes. Legacy Heroes maintain abilities from previous campaigns when you recruit them and are a good back bone to any party that’s been struggling to keep the new recruits up to speed with the veterans. The game even has a way to explain away how, in the chronology of a Legacy Hero’s life, they shouldn’t be in multiple campaigns, by treating your stories as myths. This allows your heroes to crossover into campaigns in a similar way to how you might see Hercules or Odysseus popping up in Greek mythology where it doesn’t 100% make sense for them to be there chronologically.

Speaking of the campaigns, there are currently six in the game.

The Enduring War:
Once upon a time a man figured out he could cheat death by turning himself into an immortal robot. He wanted to turn other people into immortal robots too, but someone else didn’t like that idea and decided to send the machines to destroy the robot people. But something went wrong and those machines are now on the hunt to kill pretty much anything. Aside from the introductory campaign I found this the easiest of the five chapter stories, but grew attached to my characters here more so than in the others.

Monarchs Under the Mountain:
Probably the weakest of the prewritten campaigns. By no means bad, but just lacking where others thrived. An underground cult ravages the world, gradually emerging from something secret you have to hunt for and into an open fighting force you’ll have to destroy.

Eluna and the Moth:
An immortal goddess wants to turn everyone into immortal monsters using her own immortal monsters. She is misguided and at odds with a fellow called the Mothman who is omnicent like herself, and who earns the trust and aid of your party to help him put a stop to her. It’s a simplistic premise, but has some of the game’s more closely scripted moments. The way the story plays out is also engaging, as are the scenerios you find yourself in because of it.

All the Bones of Summer:
The most character driven one of the lot, and perhaps the most ambitious, where you sometimes flip between playing as the heroes and villains. A gang of lizard people seek to dominate the local area but the core members gradually grow away from hating humans to just sort of accepting they’re apart of life, coexisting. Too little too late, as they already reincarnated a dragon who’s kind was made extinct by humans, and who wants revenge. Has some of the game’s more challenging boss fights, interesting dialogue, and themes. You get to make decisions in behalf of the villains that will change what challenges you face on the overworld map, giving the baddies more depth here than in previous campaigns.

The sixth very recently came out after launch, but I haven’t had a chance to play it yet for the review. It is, however, a shorter 3 chapter campaign called The Sun Swallower’s Wake. I very much look forward to getting into it.

Plus, when you complete all of those stories, you can also hop into procedurally generated ones. I played one and it was very fun due to the “make your own story” nature of the game, but I cannot deny it didn’t feel as grandios without the prewritten context.

You’ll notice all of these are incredibly simple in premise. What makes the stories all so memorable though is the one you create for yourself (cliche thing to say in an RPG review, I know). For example, I once made the decision to rebuild the statue of a frog god who came into motion and thanked me for doing so… by turning one of my character’s heads into a frog head. This character then had the ability to pull enemies into melee range of herself using her frog tongue.

Then there was the time two of my core heroes somehow didn’t retire by the end of the fifth chapter and, despite one of them having every desire for revenge for the death of his son at the hands of his enemies, they decided to go on a peaceful sidequest to find meaning in life again. As soon as they were finished, it was the rest of the party they had assembled over 50 years that defeated the final boss and mission of the campaign. They moved on in life, allowing the success of their peers to be their legacy.

And who can forget the time one of my heroes was given the choice to destroy a wholly evil dagger before it gave her a vision of a bright future wielding it and so she decided to keep it. Over the course of the campaign she slowly turned into a skeleton. Bit by bit. First her arms, then her leg and then her whole body. She is immortal, never retires, is extremely powerful, but is lonely and quite depressing to be around.

But the game isn’t without a couple of flaws here and there. For example, though there are quite a lot of events in the game that trigger character moments and choices for the player, it doesn’t take long to see them all since they fire so often. The developers are still supporting it, so I hope they decide to add a few more events to the game to keep it feeling fresh.

Also it appears there was a clash between story and gameplay when it came to inventory management, since there isn’t any. It starts and ends with assigning or crafting items to or for specific heroes. Heroes cannot trade items. From a storytelling perspective in a game about generations facing the same threat and overcoming it, it makes little sense my level 6 mega-hero wouldn’t give his beloved son the most powerful spear in the world before he retired. But from a gameplay perspective, half the fun and challenge of the game would completely evaporate if all these powerful items could be passed down so easily – it would destroy the crafting for sure since it would give the player no incentive to build resource buildings to craft new gear with. Overall I do think it was the right choice to sacrifice inventory management in favour of the rest of the gameplay loop working as intended, but it can be irritating knowing the item that could save a hero’s life is held in the hands of someone two-feet to their left who simply won’t give it to them.

Also there’s crashes. Not Bethesda game levels of crashes – these are few and far between – but still just present enough to merit mentioning them. From my experience, crashes occurred while trying to look at my character sheets during event comics or the slides that take place during the years of peace and opening/endings of campaigns. Basically at any point I wasn’t in direct control of my party. Needs a fix.

Finally is the map generation. 95% of the time the precedual map generations works fine but, as a quick trip to the game’s subreddit will inform you, it is possible to get world seeds that render the game impossible to complete. I have 70 hours in the game and haven’t experienced this myself, but more than a couple of other players have. Thankfully, the devellopers are quick to respond to these posts, asking for the specific seed so they can see what’s going on. I hope this means they’re looking for a more permanent fix.

So no, it’s not entirely perfect. But it’s still got a charming, light tone that somehow manages to also convey high-stakes generational stories, with decent overworld gameplay and satisfying tactical combat. In a similar vein to it’s tonal opposite, The Darkest Dungeon, it’s a character focussed experience not just about the obstacles your characters face and how they overcome them, but what that means for them when the dust has settled. So, in short, I would certainly recommend Wildermyth. It’s fun, addictive and more dynamic than most larger RPG titles you’ll encounter.