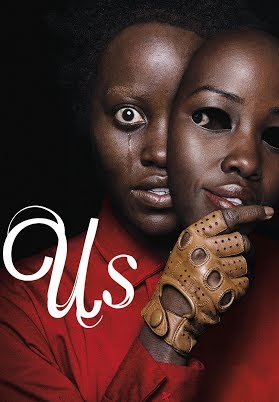 I was mostly drawn to this movie because Jordan Peele’s previous film, Get Out (2017) was, at the time I had first seen it, the first horror movie in a long time to hold my attention. I was hoping Us would have the same effect.

The truth is it had the opposite. I enjoyed the set up and the introduction to the doppelganger antagonists, who want to replace the main characters, but the second act just really bored me. The action felt endless and of no consequence. The tension wasn’t there for me and I outright struggled to remain engaged at all when the the movie strayed away from being a self-contained horror story and into a doppelganger’s reveal themselves to the world from within the world’s worst hidden secret lab plot. The rate at which this film rocketed out of my suspension of disbelief was astonishing.

But whereas the story is ‘meh’, the music is great and elevates even the weakest moments just a little bit more. And Jordan Peele is still a good director who composes interesting and memorable shots that leave you feeling as though you did just witness something horrible, and I like that.

Ultimately this movie just wasn’t for me. I wouldn’t recommend it myself, but I can certainly appreciate the obvious amount of effort put into it. Who knows, if you give it a chance maybe it’ll speak to you more than it did to me.