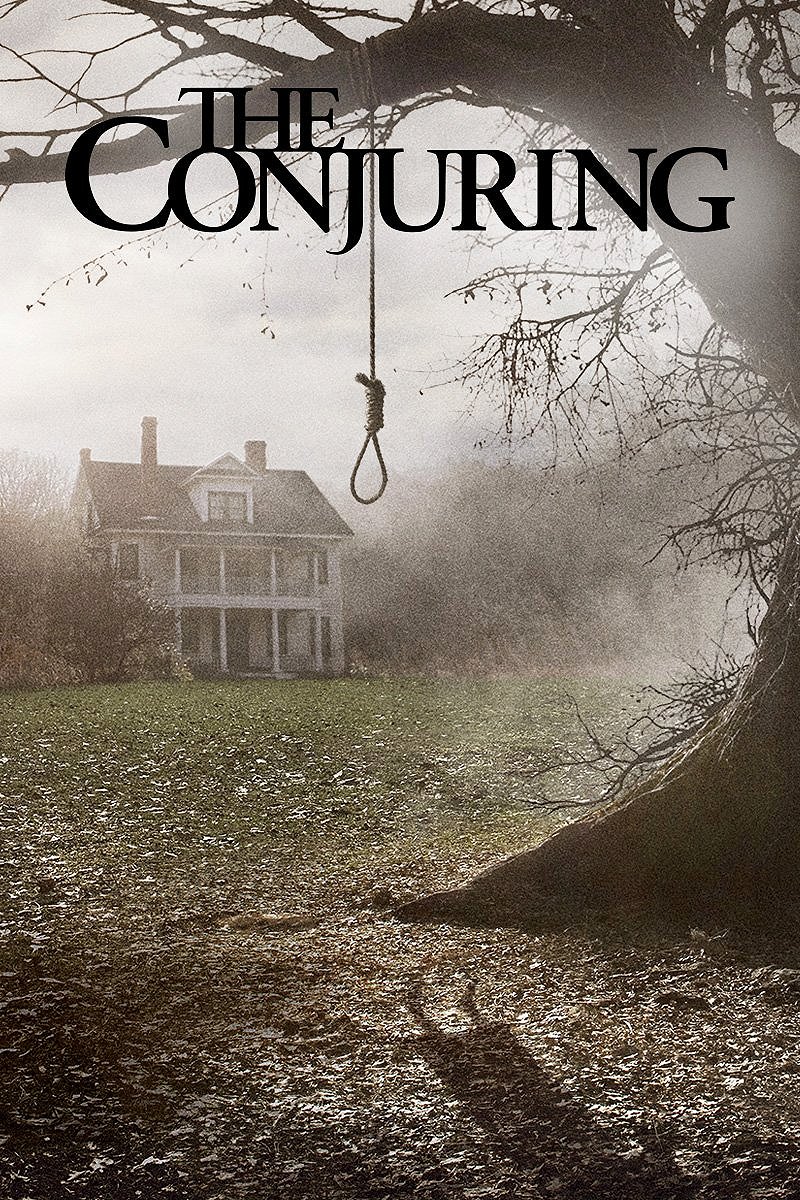 I originally titled this post ‘Spooky Ghost Film!’, but kept subconsciously reminding myself that, ghostly as this film may be, it’s not very spooky. And when a film about a family being haunted and possessed by a dead mother so she can kill the youngest child of that family isn’t scary… You might have made a bad movie.

I mean, I suppose what people find scary is subjective. Y’know, some people like psychological horror, some like slashers and some like paranormal stuff. I’ll admit I haven’t seen many paranormal movies, but my desire to ever see more has plummeted down a cliff after watching the Conjuring.

The way I look at it is as so: Ghosts are movie monsters. And all the best movie monsters like the Predator, Freddy Kreuger and the worms in Tremors all play by rules. The Predator only sees heat signatures, Freddy Kreuger can only attack during your dreams and the worms in Tremors are blind. And these are things that can be exploited by keen-eyed and well-rounded protagonists to defeat them in clever ways. But in the Conjuring, the ghost just invents the rules for itself as it goes along. There’s no pattern of behaviour or slow slithers of information the audience can pick up on before the big reveal on how to defeat it.

The ghost starts messing with furniture, then it starts messing with people and then it full-out possesses someone and then the ghost expert character is like ‘only an exorcism can save us’! So they do the exorcism but the guy doing it keeps pausing every five seconds to watch the ghost do spooky things like vomit blood and try to violently escape the situation. Every painfully long pause this guy, who supposedly is desperate to stop this ghost, takes is just more time the ghost can use to murder the person it has possessed. And there’s no excuse for the pauses being there other than to prolong the scene and make more time for spooky stuff.

Look, I like the Invisible Man. He’s invisible. But he leaves footprints. You can make him wet to see his outline. I don’t like ghosts who are invinisble to everything except exorcisms, which logically should be the first thing done in any ghostly situation and not the literal last thing the protagonists think of.

Everything else aside, what I will say is that James Wan is a good director. The movie has a lot of wide shots and is often showing us events unfold from a distance, as though we’re seeing the film through the eyes of the ghosts. It poses the family moving into the house and intruders and like they don’t belong, and I think elevates the otherwise mediocre stuff that happens. Visually speaking (apart from the make-up on the ghost which is laugh-out-loud hilarious), everything else in this film looks great too; the sets all look suitably habitable and haunted at the same time, and a lot of the props all look really good too, like the possessed items the ghost-experts collect and store away.

But aside from the visuals the movie is just a lot of boring stuff happening, until a very unintentionally funny third act when the ghost goes bonkers. So no, I would not recommend the Conjuring. And the number one reason why is that it’s simply a horror movie that isn’t that scary.